With a permanent collection of over 10,000 works of art that span continents, centuries and media, the Tucson Museum of Art and Historic Block strives to represent and collect a broad array of objects that amplifies the dialogue between local and global cultures, histories, and artistic practices. 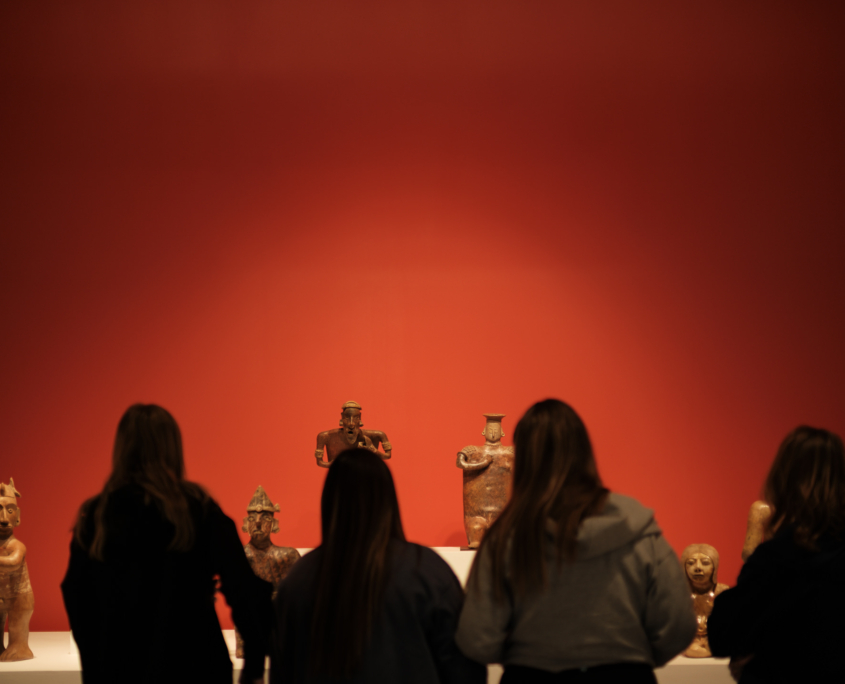 • Contemporary Art. The Contemporary art collection includes art from 1970 to the present. The broad range of artists and artworks within these holdings present global perspectives and highlights contemporary art that is relevant to the American Southwest. It includes crafts, drawings, paintings, photographs, prints, sculptures, and videos.

• Indigenous Arts. The Indigenous Arts collection contains examples of pottery, weavings, beadwork, wood carvings, paintings, sculptures, works on paper, and photography, among other art forms – with pieces dating as early as 1000 years ago through current times. The holdings center on works created by Indigenous artists in the American Southwest, particularly of Diné, Hopi, and New Mexico Pueblo peoples, but extend through regions of the modern U.S. and Canada, located north of the Mexican border. The objects in the collection convey complex socio-political issues and show cultural resilience through the ages.

● Modern Art. The Modern Art Collection includes late-19th to late-20th century American and art from around the world. The collection primarily focuses on American art and features artists who were European born and immigrated to the United States. It provides a snapshot into an important time of change and awakening to global influences on the art world and includes crafts, drawings, paintings, photographs, prints, and sculptures.

• European Art. The European art collection includes works from Europe on paper, paintings, decorative arts, and sculptures from the 12th century to the 21st century.

Join Us
Scroll to top