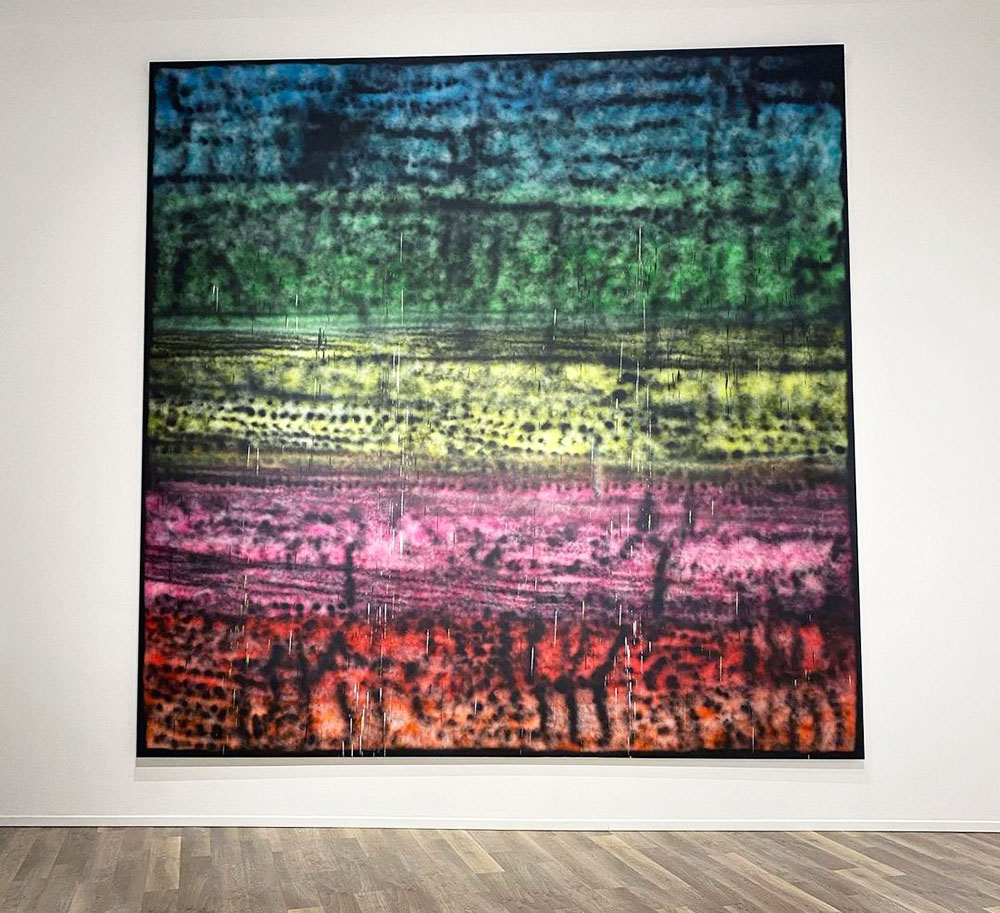 A monumental painting by Los Angeles-based artist Sterling Ruby (b. 1972) was recently installed in the Contemporary Art Society/Joyce Broan Gallery, coinciding with the opening of OLIVIER MOSSET.

SP184, executed in 2011, is an example of Sterling Ruby’s prolific Spray Paint series begun in 2007. Both the material used and the monumental size mimic the urban space of a wall covered by graffiti. Ruby describes the process of creating his spray paintings as thousands of gestures becoming atmosphere, an idea inspired by exchanges between graffiti writers and the city’s white washers near his first studio in Los Angeles. 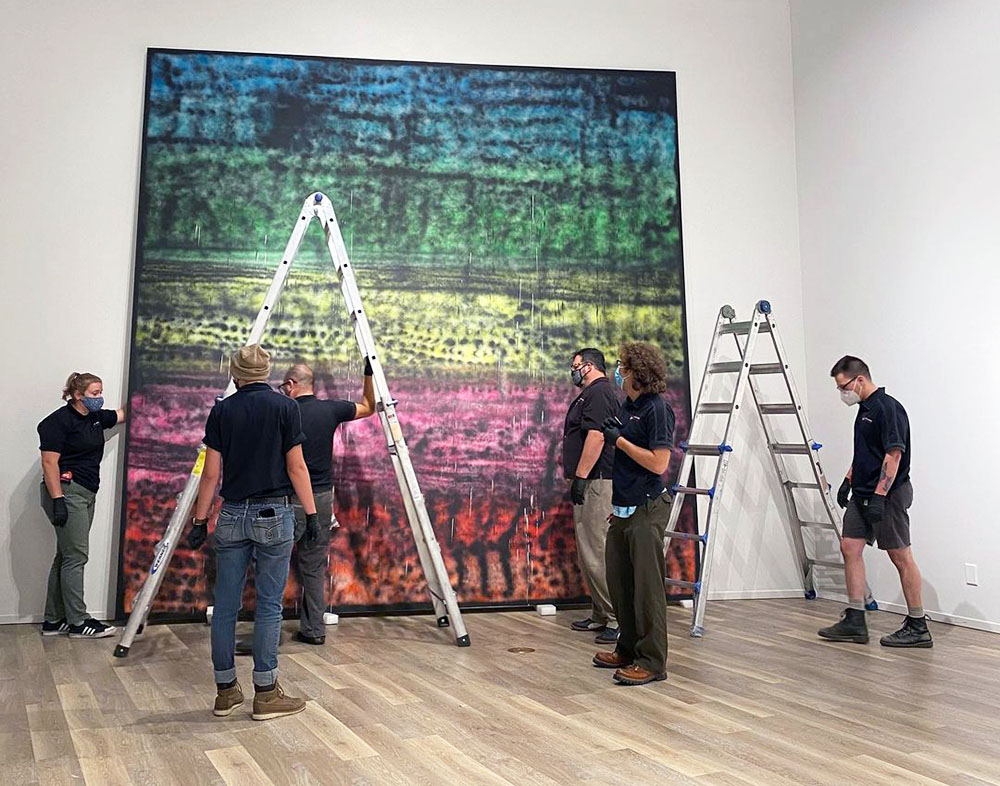 The work references tagging, street expressionism and urban demarcation while simultaneously demonstrating the influence of Abstract Expressionist and color field painters of the Modern era. With its emphasis on color and gesture, the Spray Paint series has been compared with the work of American Abstract Expressionist painter Jackson Pollock.

While graffiti writers use spray paint to claim space and indicate belonging by inscribing their name, symbol or sign, Ruby’s aerosol work is more uncertain. There is nothing to read and no immediately legible communication within. Horizontal bands across the width of the canvas seem to indicate a horizon, creating the impression of a stippled landscape. While the vivid colors are those of a tagger’s spray paint, the marks created are not the crisp, bold lines and distinct shapes seen on urban streets. Although it is visually bold, SP184 is simultaneously ambiguous.

Sterling Ruby’s work engages with issues related to autobiography, art history, and the violence and pressures within society. Employing diverse aesthetic strategies and mediums—including sculpture, drawing, collage, ceramics, painting, and video—he examines the tensions between fluidity and stasis, Expressionism and Minimalism, the abject and the pristine.

Born on Bitburg Air Base, Germany, to an American father and a Dutch mother, Ruby moved at a young age to the United States, where he grew up on a farm in southeastern Pennsylvania. There he encountered Amish quilt-making and Pennsylvania redware pottery, both of which directly inspired his initial forays into garment-making, soft sculpture, and ceramics. Ruby graduated from the Pennsylvania College of Art and Design, Lancaster, in 1996. He received a BFA from the School of the Art Institute of Chicago in 2002, followed by an MFA from the ArtCenter College of Design, Pasadena, California, in 2005.

Living and working in Los Angeles, Ruby draws endless inspiration from the city’s physical and conceptual landscape. Ruby’s work often deals with the ways in which acts of defacement, like urban demarcation and graffiti, can produce a painterly sublime. In many of his series, he taps into the speed and motion of collage, incorporating bleached fabric and cardboard scraps and combining abstract color fields with fragments of studio refuse.

Artworks From the TMA Collection Link Northern Mexico and the U.S. Southwest...

Art and Chocolate: A Halloween Highlight with José Guadalupe Posada
Scroll to top